During the holidays I decided to tackle the toys lurking underneath my middle son's bed, deciding, first and foremost, that bins under beds should have lids:  no one wants to play with a dusty toy.  There I found a bin containing hundreds of small stones, each one unique, hand-picked by one of my sons on one or another warm summer day.  My favourite featured a tiny, perfectly-formed fossilized sea creature.  Since downsizing was the goal, not discarding outright, I went through them handful by handful, salvaging the ones that had interesting qualities.  Inevitably, I grew wistful about the boys' childhood times of seeking and finding treasures like these, and even my own early days spent on the shores of Lake Huron.

Through this sorting exercise, I came to understand in a deeper way an elderly client of mine who passed away last year, whose abandoned house was, quite simply, filled with newspapers.  A special company had to be called in, and a month spent emptying the house after he died, rousting out the racoons who had been letting themselves in for years through an upper window. 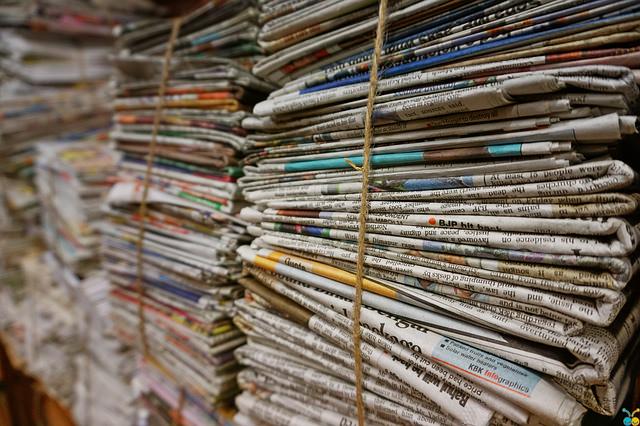 During Keith’s last years in a nursing home, his room would continually be overwhelmed by newspapers, and he was wistful about them, asking for scissors so he could review and cut out particular articles.  The energy to do so was long gone, but clearly his treasure on this earth was knowledge, and engagement with the world of today.  He was known to have provided financial support for the studies of several young people in the family.  He told stories about the decades he had spent in Ontario rail yards, as a liquid loads expert.  His eyes would sparkle, seeing me walk in with a handful of mail and newspapers.    A house full of newspapers is eloquent in its own way, when you know the context.

I want to learn how to start downsizing

I need help managing my move

The Diva says... start downsizing your???

You’ve started downsizing,
now find out where to get rid of your surplus stuff.

These days, we know you are even more concerned about your family's health and safety.

Our DIVA COMMITMENT TO WORKPLACE HEALTH & SAFETY outlines our unique operating protocols, based on WHO and Health Canada guidelines. As the situation changes, we will continue to update these protocols to keep everyone safe, prevent workplace exposure and decrease the spread of the virus.

Since 2001, we have been helping older adults downsize, organize, move and clear estates. TODAY, with stringent health and safety protocols in place, our entire team remains committed to being there for our clients, our team members and our communities.